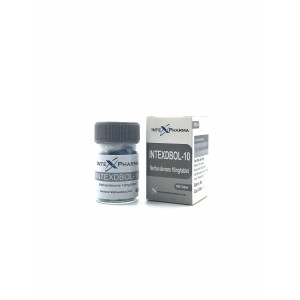 Dianabol represents one of the most popular and one of the most important anabolic steroids of all time. Without question, this is the most popular oral steroid to ever hit the market and one of the most popular steroids in any form. While almost always found as an oral tablet, Dianabol can be found as an injectable solution, but the tablets represent the primary route of administration. Why is this steroid so important? In many ways it gave birth to the age of modern performance enhancement. It was not the first anabolic steroid used for that purpose, that would belong to testosterone, but Dianabol would open the door to a new wave of steroid use that has grown beyond what anyone expected.

Dianabol represents one of the only anabolic steroids that was developed for the sole purpose of performance enhancement. The compound did carry listed therapeutic uses at one time, but performance was the true reason this steroid was given life. Through the 1940’s and 50’s the Soviet Union had begun to dominate the Olympic games, and the use of testosterone by many of its athletes left the rest of the world lagging far behind. During this time, U.S. Olympic team Dr. John Ziegler would learn of the U.S.S.R.’s steroid use, and quickly would aid in ensuring his athletes would match up. In 1958, with the help of Dr. Ziegler, Ciba Pharmaceuticals would release the first batches of Methandrostenolone under the trade name Dianabol. The compound was designed in an effort to maintain the anabolic properties of testosterone with less androgenicity in a fast acting, powerful method. Seemingly overnight the steroid was a massive success, giving many U.S. athletes a distinct advantage over their Soviet rivals.

After its inception, Dianabol would quickly find its way into nearly every competitive sport imaginable. In conjunction with exogenous testosterone, this would birth an age of performance unlike the world had ever seen. The steroid would also rapidly become a staple in competitive bodybuilding where it has remained a favorite to this day. However, shortly after its release the U.S. FDA would begin to put a lot of pressure on Ciba in an effort to push the company to list true medical benefits of the steroid. The FDA would approve its use for the treatment osteoporosis in post-menopausal women as well as pituitary-deficient dwarfism, but the latter was withdrawn in the early 1980’s. Again the FDA would pressure Ciba for more information, but in 1983 under mounting pressure Ciba would discontinue the Dianabol tab. A few years later, the FDA would pull all Methandrostenolone brands from the shelf. Since that time Dianabol has not been legally manufactured in the United States, but is still manufactured heavily all over the world.